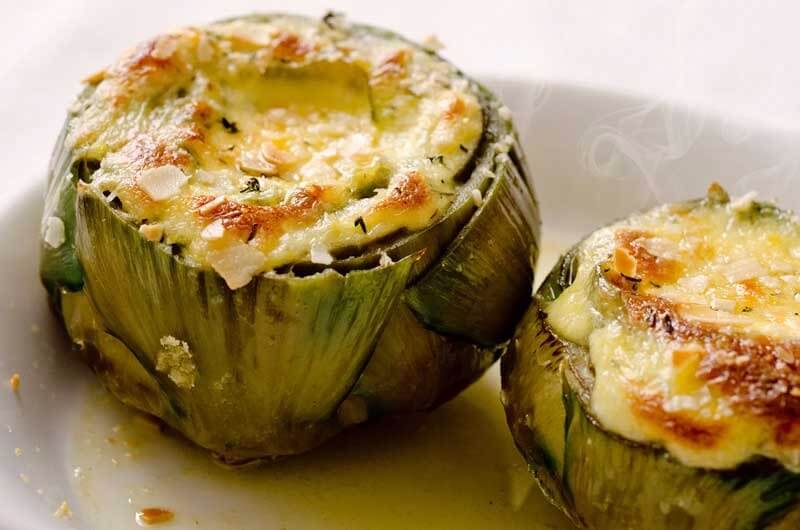 The artichoke, autumn and winter vegetable

The artichoke is the edible fruit of the artichoke ( Cynara scolymus ). In reality, artichokes are flower buds, that is, the half-formed flowers that are eaten when they are tender. The innermost and softer part of the bud is colloquially called “artichoke heart“.

The artichoke is a plant of the Compositae family ( Compositae or Asteraceae ), to which other plants so well known in gardening belong such as daisies ( Bellis perennis ) and other highly valued foods such as endives or lettuce.

Within this family of Composites, it is part of the genus Cynara where the different types of thistles are also found (orchard thistle, borriquero thistle, milk thistle) We highlight the garden thistle ( Cynara cardunculus ), from which its tender leaves and stems are used for use in the kitchen; and milk thistle ( Sylibum marianum ) as a plant with enormous therapeutic purposes.

Both artichoke and milk thistle are plants considered to be very beneficial for the liver and gallbladder. They promote decongestion and improve hepato-biliary function, increase cell regenerative capacity and protect against damage caused by oxidizing substances, preventing diseases in these organs.

In artichokes, in addition to abundant amounts of water, the presence of large amounts of fiber and inulin stands out. Fiber favors intestinal transit and inulin plays an important role in maintaining a healthy intestinal flora, as well as an energy function.

It also stands out for the presence of minerals , with good amounts of potassium, magnesium, iron and calcium, which favor a balance of the internal environment.

They are grown in many parts of the world but it is native to North Africa, so its cultivation it is highly localized in countries of the Mediterranean basin (where it germinates most of the months of the year). The main producing country in the world is Italy, which, together with Spain (second producer), produce more than 70% of world production.

The artichoke is typical of autumn and winter . The best season is during the fall, until the first frosts. In spring the artichoke harvest ends in the Mediterranean area since the hot and dry climate causes the fruit leaves to open quickly, lose tenderness and attractiveness, and acquire a bitter taste.

The modernization of the crops has managed to get certain varieties to be harvested during the summer season.

The main varieties of artichokes are grouped according to their geographical name, their place of origin. They differ mainly by shape (spherical or oval), size, color of the flower head (green or purple) and by the short-day or long-day varieties.

The artichoke in Spain

In Spain, almost the only one destined for the national market is the White artichoke from Tudela (Navarra), round in shape, small in size, with the central leaves are very compact and green in color. Other varieties are grown for export (Madrileña, Violeta de Provence, Camus de Brittany, Romanesco, Espinoso Sardo, Californiana, etc).

When buying artichokes the size does not affect the artichoke quality. You have to select the heaviest in proportion to their size, with thick and compact buds. If they are fresh a crunch is heard when pressing the artichoke near the ear.

If the leaves are soft at the base or open easily and have brown parts, the artichoke does not it is fresh.

The artichoke oxidizes quickly, turning black when cut, so it should be cooked immediately. It can be prevented from turning black if we keep it in a well-closed container or bag, better hermetically or soak them in lemon juice. If they are placed in a closed plastic bag and left in the refrigerator, they will keep well for a week.

Care must be taken when preparing them as they stain fingers and nails black, which is why many people use thin gloves when cutting and peeling them.

The artichoke has a very successful combination of flavors , endowed with a slight bitterness and a sweet final touch. Its meat is succulent, juicy and fine, especially the heart of the artichoke.

How to eat the artichoke

There are many dishes and recipes that include artichokes as one more ingredient (vegetable stews, vegetable creams, boiled or steamed vegetables, etc.). It combines very well with cereals (rice, buckwheat, etc.), with Serrano ham and with mushrooms.

Artichokes can be eaten raw, but they are generally cooked in different ways: steamed, boiled, cooked iron, baked, fried, etc.

The artichoke in the food